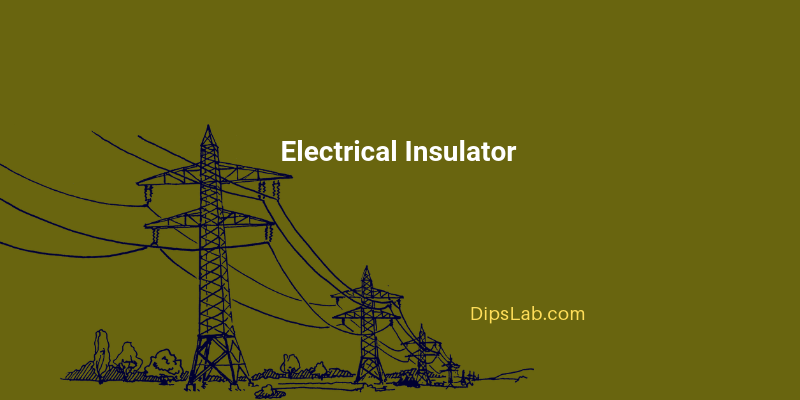 If you look outside, you can see the electrical overhead system which is used for the transmission and distribution of electricity.

It has many electrical components such as conductor, tower (electrical pole), insulator…

Here, the insulator is used for connecting many other electrical components.

Here, I am describing one of the most important overhead system’s components called the Electrical Insulator.

What is Electrical Insulator?

The basic definition of the insulator:

Insulator is a material or a device which restrics the flow of  free electrons (or charge).

The symbolic representation of the insulator:

Moreover, the insulating material plays an important role in the making of various electrical and electronic circuits and overhead power systems.

Insulators have some specific properties that make them different from other electrical devices.

If you compare insulator and conductor, both have the opposite properties.

Which is the Best Electrical Insulator Material?

Insulators made up of different types of insulating materials like plastic, rubber, mica, wood, glass, etc.

Multiple insulator materials are easily available in the market.

Why are Electrical Insulators Important?

The insulator work as a Protector or Protective device. Because it provides high resistance.

Here are some important reasons to understand the importance of insulators.

Which type of Insulators used in Power System?

Each insulator can have multiple insulating discs.

Let’s dive in each one-by-one.

The pin types of insulators are mostly used in the distribution system.

Especially, glass types of insulators used in the lightweight condition.

In a transmission line, why suspension insulator is better than others?

But, it has slightly different specifications and working roles.

Post insulators are commonly used in the substation or generating substation.

The stay insulator known as the Egg Insulator because it looks like an oval or rectangular shape.

What insulator types should be used?

This is all about different insulator types, uses, and their specification. If you have any point to discuss about insulators, write in the comment section.