In this tutorial, we are going to study about what is difference between capacitor and inductor with their different specifications.  We will also cover the similarities between them.

Definition of Capacitor and Inductor

What is the Capacitor?

The device that produces or possesses capacitance property is called as a Capacitor.

Sometimes the capacitor called a Condenser.

What is the Inductor?

The device that produces or possesses inductance property is called as an Inductor.

Sometimes the inductor called as Coil or Choke.

Let’s dive into the basic difference between Capacitance and Inductance in tabular format.

Difference between Capacitor and Inductor

11. Symbolic Representation of Capacitor and Inductor

The symbol of conductance is represented by the two conducting plates with inserting dielectric (insulating) materials in between the two plates. 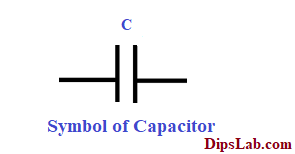 The symbol of inductance is represented by the winding (or turns) of the coil on the magnetic core.

Calculating the value capacitance and inductance by using basic formula-

A- Area between the conductor (Unit- Meter²)

You can calculate the value of the capacitor by using online tools.

You can calculate the value of the inductor by using online tools.

Similarities between Capacitor and Inductor

Here is listing the similarity between capacitance and inductance.

So, I have covered 12 different points of inductor vs capacitor and also similarities between them.

If you have any queries regarding capacitors and capacitance vs. inductors and inductance, you can ask in the given comment.

Related differences you should learn:

22 thoughts on “12 Difference between Capacitor and Inductor | Similarities, Definition”