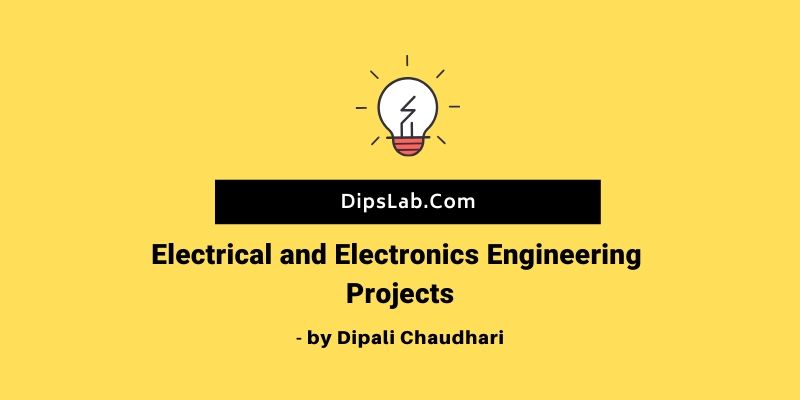 I have completed my BE project topic based on – How we can set ‘An Automatic Solar tracking system?’ For which I have used Micro-controller.

Let’s see the useful components for this project,

A brief description of the electrical and electronic circuit components used in this project.

Photovoltaic is the conversion of energy from the sun (light) into electricity. The Photovoltaic module called as Solar panel. or PV module.

It consists of the number of solar cells which are made of semiconductor materials such as Silicon.

These are electrically connected and mounted in the frame is known as Photovoltaic Module.

In solar (PV) cell, when light energy strikes on the module, photons from sunlight knock on the semiconductor material.

If electrical conductors are attached to the positive and negative sides, forming an electrical circuit, the electrons can be captured in the form of an electric current.

PV modules installation is in ground-mounted,  rooftop-mounted or wall-mounted. The mount may be fixed or rotating type to follow the sun across the sky.

It is used for grid-connected power generation. We can use an on-grid or off-grid system for the project. If you want to learn more details, you can read the difference between an on-grid and off-grid solar system.

Solar tracker methods have three types as below,

The solar tracker may be a single axis or dual-axis.

The chronological tracker is a time-based tracking system where it moves at a fixed rate throughout the day (east to west & west to east). This method is a very accurate method.

Advantages: Its operation generates no pollution and no greenhouse gas emissions.

ATmel89S52 8 bit microcontroller is used in this project. It has a total of 40 pins.

The 5V electrical power supply provides to the microcontroller for the operation. It is used to perform  I/O  operations and the execution of the program according to the input signal.

DC motors are operated in the steady-state in a speed range. Generally, it has too high-speed So, they need to feedback sensor to allow control of the speed by using DC  Gear Motor.

Advantages: Torque and their speed of DC Gear motor are easily control.

L293D  is a dual H-bridge motor driver IC. It is a total 16-pin IC that can control a set of two DC motors simultaneously in any direction.

Photoresistor is known as a ‘Light Dependent Resistor‘ (LDR) or ‘Photoconductive cell‘. LDR is made of a high resistance semiconductor like Cadmium Sulfide (CdS) or Gallium arsenide (GaAs).

It is a light-controlled variable resistor. It has provided an analog-to-digital converter (ADC). The ADC converts for the digital signal to the microcontroller.

Most are designed to convert high voltage AC mains electricity to a suitable low voltage supply for the electrical load. Ex. 230v Ac supply converted into regulated 5v dc supply to the load.

I explained the transformer and its construction in the next tutorial.

Note: As per your project requirement, you can use different types of electrical transformers. And you can buy the transformer for the project.

Bridge rectifier is a circuit, which converts ac to dc voltage using both half-cycles (positive and negative). The circuit has four diodes connected to form a bridge.

The ac input voltage is applied to the diagonally opposite ends of the bridge.

The conducting diodes D2 and D4 will be in series with the load resistance RL and hence the current flows through RL in the same direction as in the previous half-cycle.

Thus, a bi-directional wave is converted into unidirectional. This output is not suitable without using a smoothing capacitor.

Smoothing known as filtering. They use to eliminate the ripple factor and provide smoothes the DC  voltage supply.

A Zener diode is an example of a fixed regulator.

Diode (P-N junction diode) is the component used to control the flow of the current in any one direction. In forwarding bias, the current flows from the P to N junction. It has high current capability and reliability.

Identification of diode terminal (cathode and anode) by the silver/black line.

Crystal oscillator is an electronic oscillator circuit that uses the mechanical resonance of a vibrating to create an electrical signal with frequency.

In crystal oscillator circuit has frequencies from a few tens of kHz to MHz. The frequency of the crystals oscillator is measured by counters, oscilloscopes, etc.

Transistor is a semiconductor device used to amplify and switch electronic signals and electrical power. It has three terminals for connection to an external circuit.

The bipolar junction transistor (BJT) work as current-controlled devices. This transistor consists of three terminals- Base (B), Collector (C), and Emitter (E).

Under the biasing and current flowing direction, BJT are classified into two types.

For this project, the NPN transistor is used that can control or switch a much larger current between the collector and the emitter terminals.

A Field-Effect Transistor (FET) is an electronic switching device that controls the device.

Its also know as Unipolar Junction Transistor (UJT). Because it works at single carrier types of operation.

These are the explanation of the useful components.

Here is the step by step working of Solar Tracking System-

This project is an attempt to achieve the following aspects

In An Automatic Solar Tracking System using  Microcontroller,  hardware and software are used to design a complete project. This is a short summary of the project I have done.

If you have any queries, you can hit the comment on the below section.